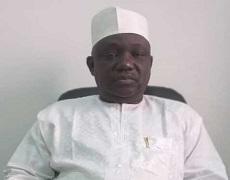 Alhaji Aliyu Shehu Ibrahim Ringim was born in Ringim, Jigawa State on the 3rd of September, 1964. Married with 7 children.

He obtained his Bachelor’s degree in Library Science at Ahmadu Bello University (ABU)Zaria, Kaduna State in 1985, he continued on building his academic strength by obtaining a Post Graduate Diploma in Management at Bayero University Kano (BUK) in 1994. In 1999, he advanced his academic study by obtaining a Master-In-Business Administration. Mr Ringim is fluent in English and Hausa Languages respectively.

His work experiences spread through the following;

He has bagged several awards including the Award Recognizing and appreciating a meritorious Service to the companies he has worked.

Mr Ringim is a member of the Chartered Institute of Personnel Management Of Nigeria with a certificate on Understanding core Human Resource Process In 2008. He has also successfully completed the training course among others on Organizational Development for Senior Managers which was conducted by the United States Department of Agriculture in collaboration with the National training Laboratories in Fall Church, Virginia, U.S.A in 1993.